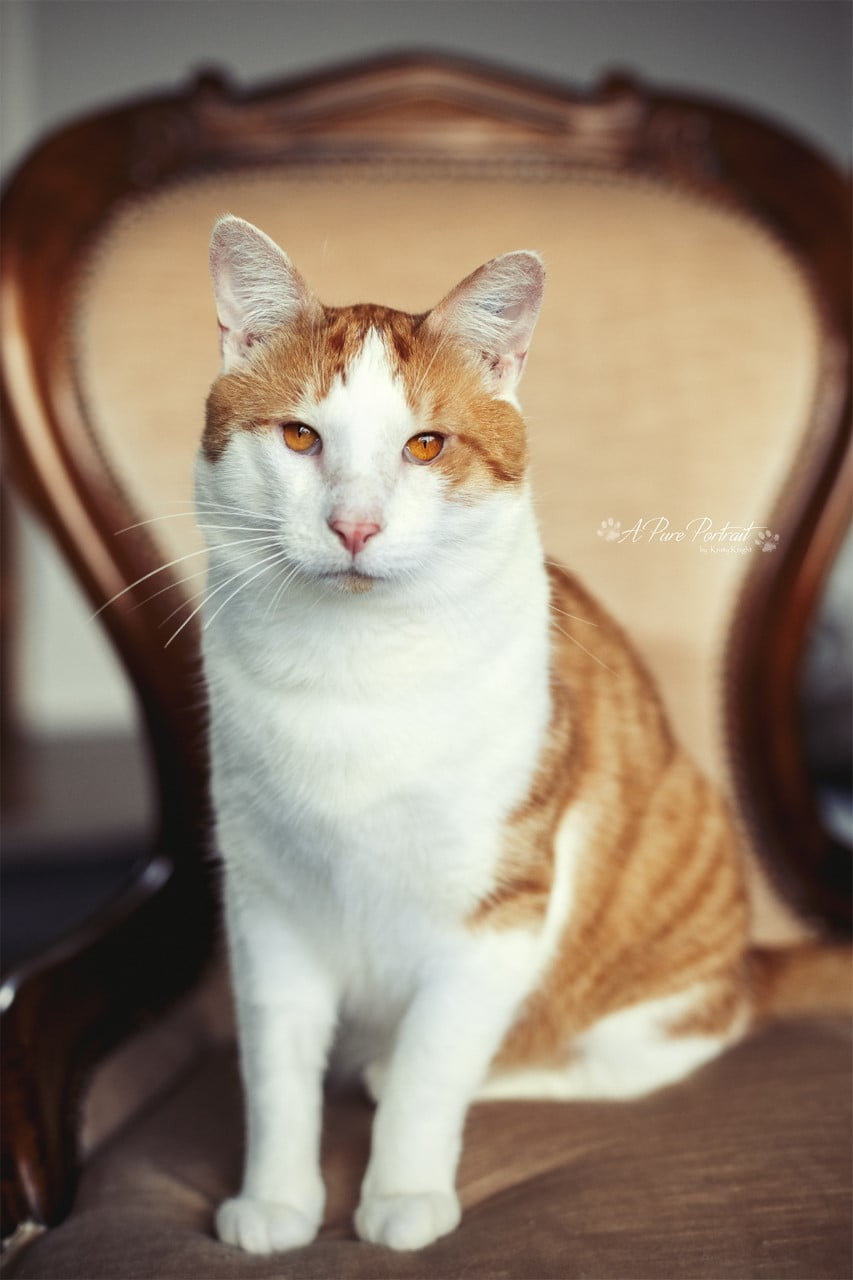 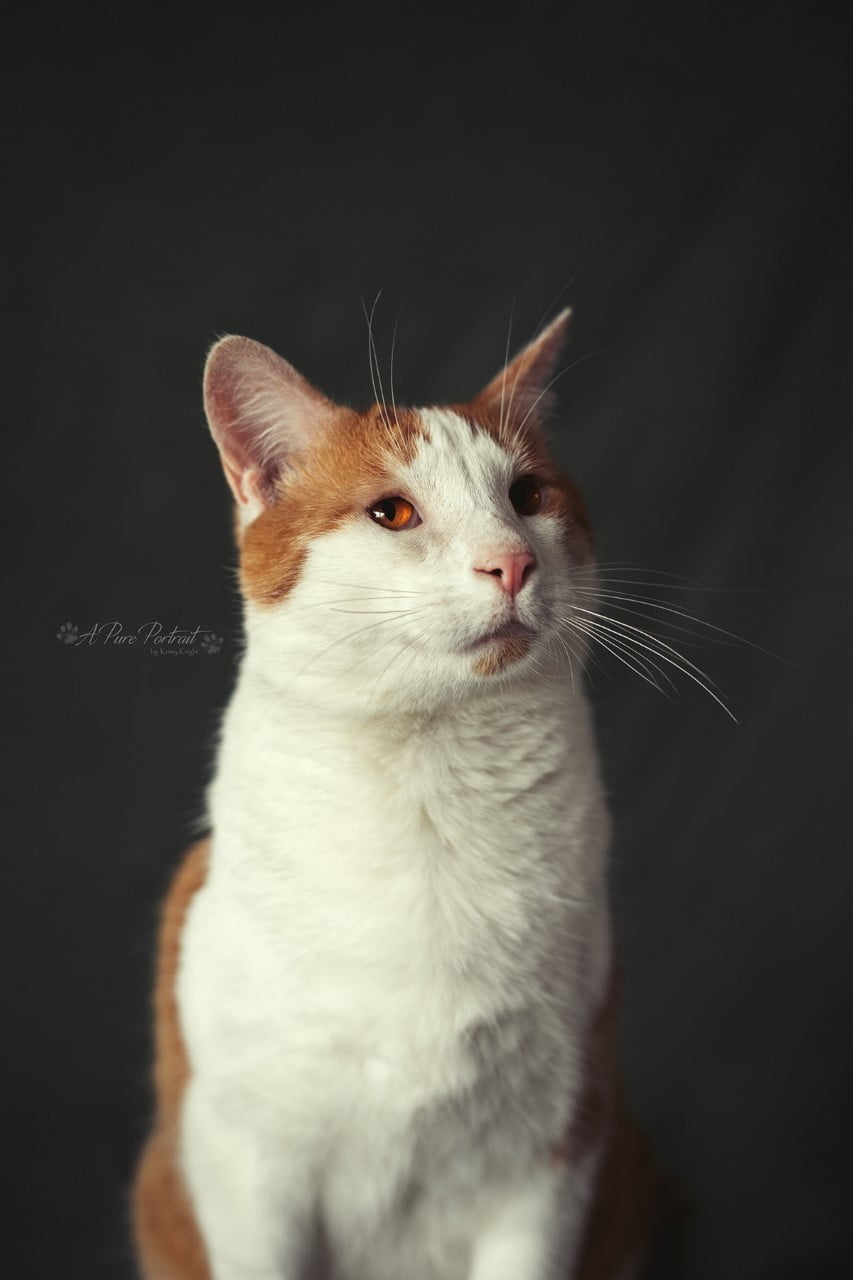 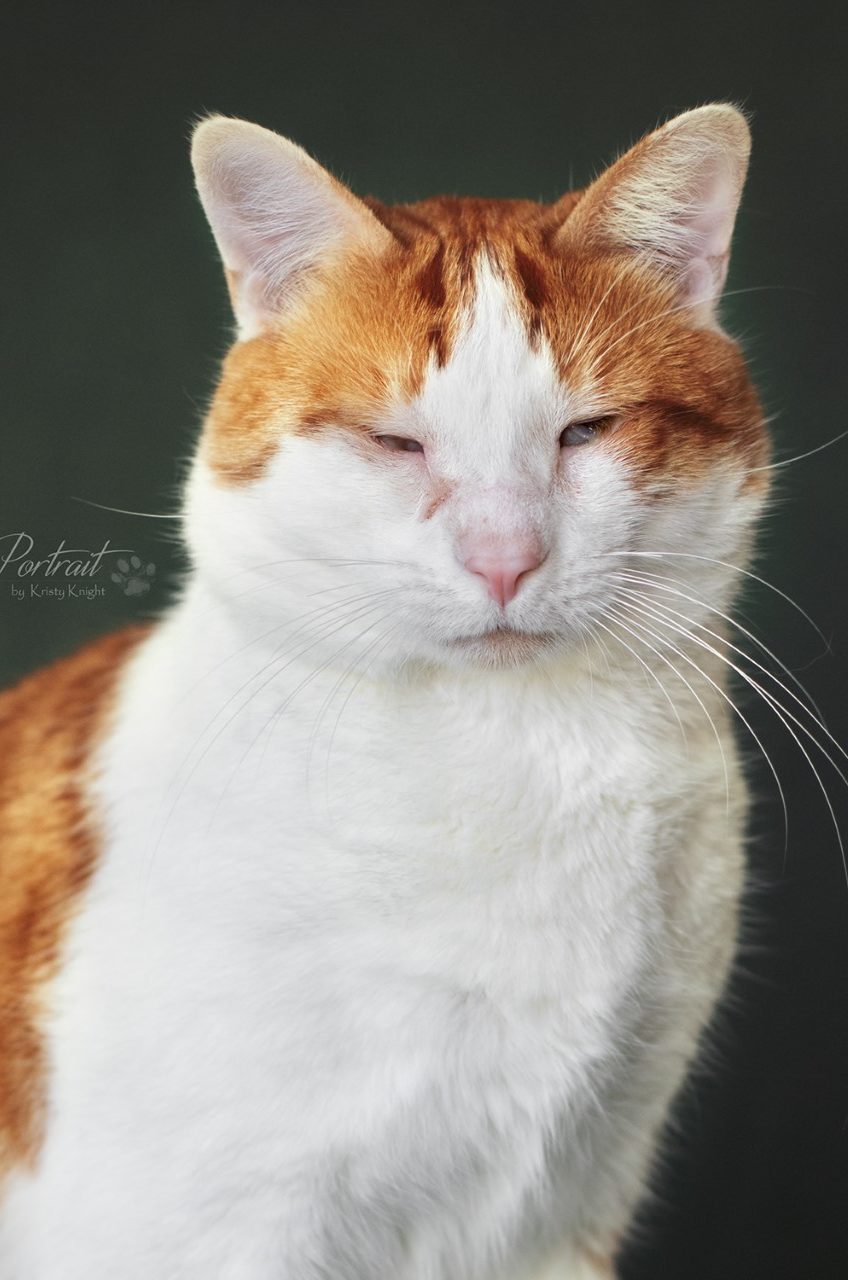 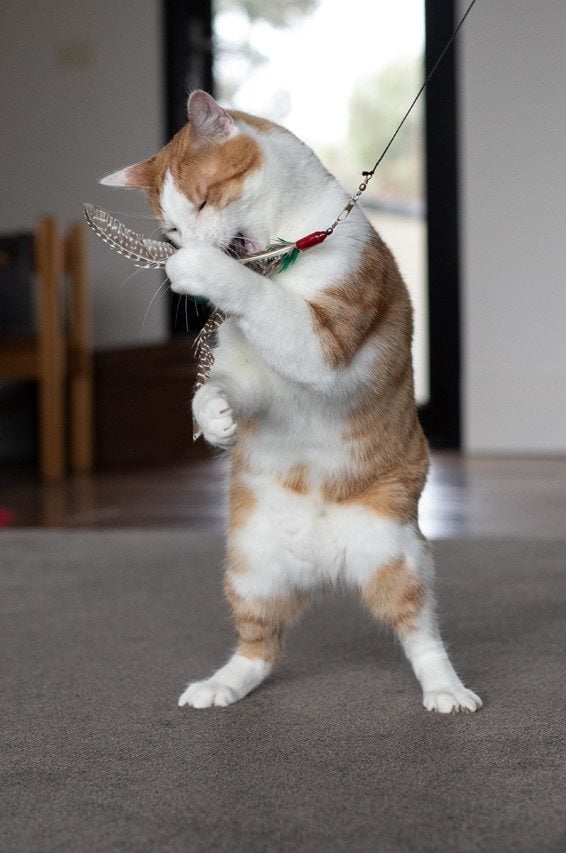 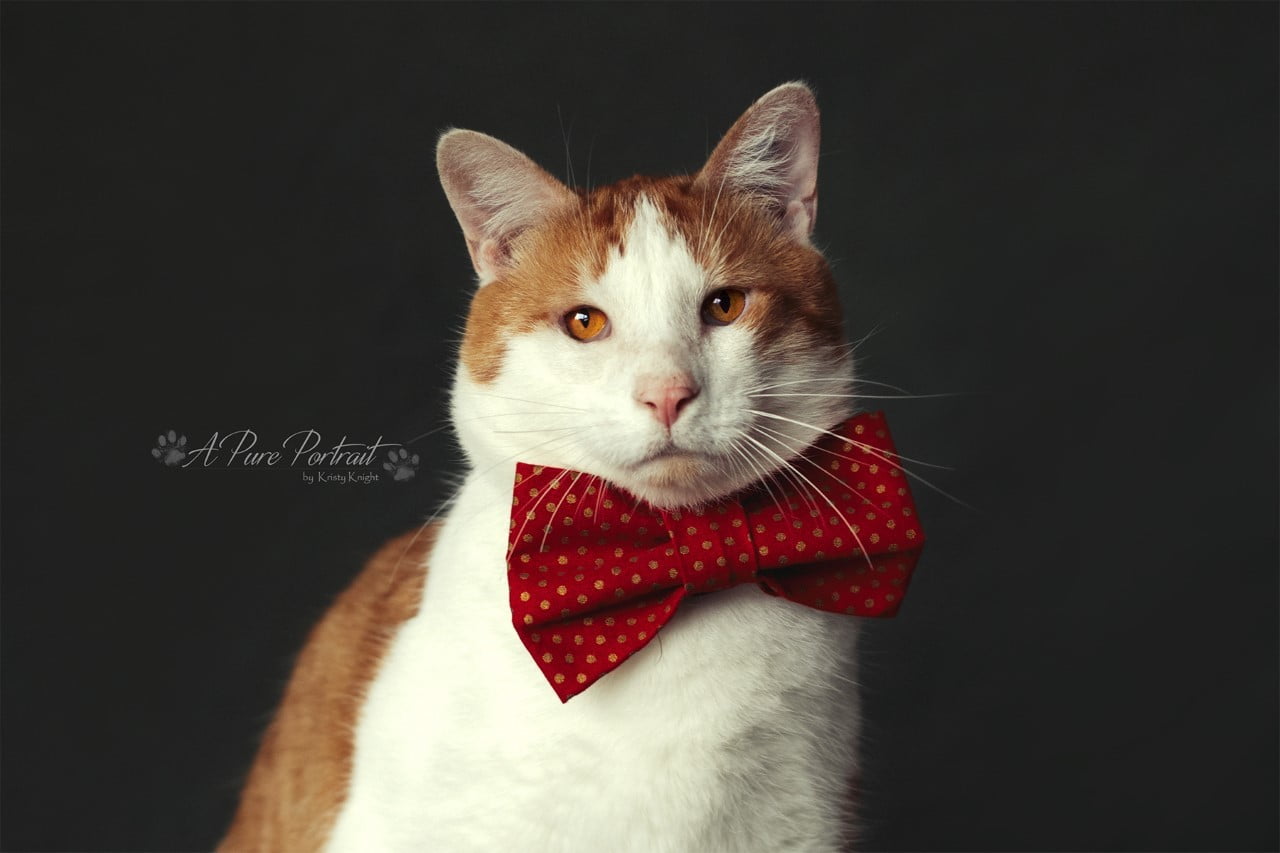 In January this year we were contacted by our favourite rescue liaison officer about darling Clancy. This sweet boy had found himself at Blacktown City Animal Holding Facility where the team there instantly recognised that he had significant issues with his eyes. We had space to squeeze him in with our primary kitty carer in Melbourne and got straight on to sorting his transport so that we could give him the chance he deserved to live a long and happy life.

Clancy is around 18 months old and is a big boy who did an amazing job of coping every day of his life with the discomfort of his eye issues. Once he arrived in care he was assessed by our Victorian ophthalmological team. HNE’s initial assessment of entropion was confirmed. Entropion is where the eyelids are rolled inwards so that the eyelids and eyelashes are constantly rubbing against the eye. It can cause permanent corneal damage. Entropion is common in some dog breeds (eg: shar peis) but is relatively rare in cats. It can be corrected through surgery and Clancy had his surgery in late May and has recovered well from it (the top left pic is pre-surgery). For the first time in his life he can see properly and is finally pain-free.

Clancy, like a lot of cats has a dual personality - he is a blend of Mr Affectionate and Mr Independent. He isn’t suited to a home with younger children as they interrupt his inner zen, and really – who wants to be responsible for disrupting the inner zen of such a beautiful boy?

He loves to give you head-butts, especially when you’re bent over picking something up or if you’re searching for something in a cupboard. When you straighten up, he’s right there to head-butt you as if to say “hey human – watcha doin’?”.

Clancy loves head and chin scratches and doesn’t mind a cuddle. He’s not a shy cat, but he won’t come and say hello if he doesn’t deem you interesting enough to bother with. He does everything on his terms. More often than not though, his curiosity gets the better of him so he does come over to say hi. When he does come in for some loving, you’ll get kisses, head butts and very loud purrs. Clancy doesn’t like his humans to go to the toilet alone. So his future family needs to be prepared for a four-legged furry bodyguard to accompany them whenever nature calls... He would also be happy sleeping on his human’s bed if allowed…

Clancy likes sitting up high, so a home with a tall cat tree/scratching post would make him a very happy boy. A sunny windowsill that’s wide enough to fit his considerable ginger booty is high on his wish list too. He likes new surfaces and will try and scratch them. He uses his multitude of different scratching posts well. A variety of textures work best for him. He is an absolute sucker for catnip sprinkled into his cardboard scratcher - it really gets the claws out and he’ll happily focus his scratching efforts there rather than on surfaces that shouldn’t be on the receiving end of cat claws.

Clancy isn’t big on playing with toys unless they’re of the enrichment variety - catnip filled toys, hidden kibble and boxes to play in. He’s not an overly active cat, but isn’t a big sleeper either. His general preference is to potter around the house alone and at his own pace. If his people are around then he’ll be close by, but isn’t a cat who will constantly be underfoot.

Clancy’s favourite time of day is meal time. He’ll be right up in the can/packet/bowl to supervise. He takes meal prep seriously and wants his future family to know that they won’t get away with skimping on his portion sizes – he’s well aware of how much food he should be getting and will definitely let you know if you’ve provided less than what he expects…

He is a bit of a sensitive snowflake with food and medications, though. One small change in what he’s consuming and it will very quickly create a very upset tummy. Clancy is doing really well on Meals for Meows and has Protexin added to his food too to keep his tummy happy. In the interests of not having a kitty with an upset tummy and an absolutely horrendous litter tray to clean each day, Clancy’s new family also need to be prepared to continue his MfM diet with the supplementation of Protexin.

Our gorgeous ginger boy gets along well with other kittens and cats. He can initially be a bit hissy when meeting new ‘alpha’ males but settles well after proper introductions and is happy to make even the bossiest feline boy in his home his new bestie. Clancy loves to rough and tumble with other cats/kittens but is gentle with his humans.

Clancy is sharing his foster home with two dogs and has supervised time with them. He does like to stir up the dogs then gets grumpy when they get up in his face. Clancy is a bit of an “I’ll start it but won’t finish it” kinda guy… If there is a dog in his forever home, it would need to be a cat-savvy dog who understands personal space and is capable of ignoring a ginger kid who is trying to elicit a reaction…

Clancy travels well in his carrier, is very quiet in the car and he’s been exposed to all kinds of litter and will use any without fuss.

Along with having his entropion surgery done, he’s also microchipped, vaccinated and desexed. Like all our cats, Clancy requires an indoor only home or one that has a secure cat-enclosure for outside time.